2010 JNK Llama Babies
It is always a long wait when you are watching for the babies to come. Knowing you carefully matched a sire and dam and what that perfect match potentially will cria't. This result should be the epitome of what you are breeding toward after careful and strategic planning. We continue to be blessed with beautiful animals and wonderful buyers! 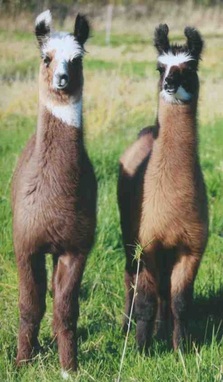 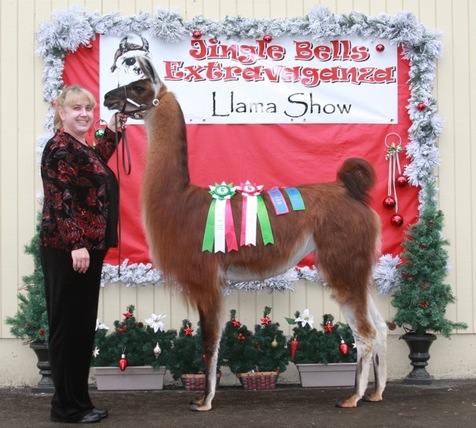 Trained to Drive in Cart & Pack by Niki 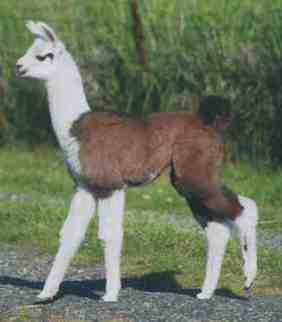 JNK Marisco's Tazo (M)
Marisco x Chilean Peppermint Patty
DOB 6/2/10
***SOLD Rebecca Wood***
How to describe Tazo.........Tazo is a very square, heavy boned and smart boy. He shows great promise as an obstacle/therapy llama. A mix of the best of Peruvian and Chilean greats such as *Sipan, *El Fuerte, *Chileno El Toro and more, he has no line breeding in his lineage. Dam Peppermint Patty has a very quiet and friendly disposition. Tazo's fiber is very fine and soft to the touch. He is a favorite of visitors to the farm. Already in training for obstacles, showing and grooming.

Unfortunately, while waiting for transport at another farm, a tree fell on Tazo and killed him during a wind storm. He was a darling male with quite a personality. 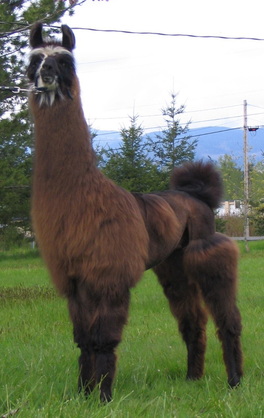 How about a combination of two of the winningest lines in the show world? By our top producing *Sipan son ﻿﻿Marisco,﻿﻿ who at age 9 is still winning in the showring and taking Best of Show awards. Dam is our top showring winning Eagle daughter, who has won everything in both ILR and ALSA. The 3/4 sibling to this boy has won Reserve and Grand in every halter class he has entered in 2010 and will go to New Zealand eventually. We waited five years to make this combination of lines. A who's who of lines, *El Fuerte, *Sipan, Isle Eagle, Ivory Pond's Aladdin, Legend's Rammas and more.

Massimo will need an experienced handler. He has been a bit more difficult to train than some of the other babies. (He is good about feet and basic care) Because of this, he will be sold as a NON-BREEDER. He will make a KILLER non-breeder halter prospect!

UPDATE: Under Lisi's talented hand, Massimo has quickly become a super mellow and easy guy to work with. He is hiking everyday and visiting nursing homes. 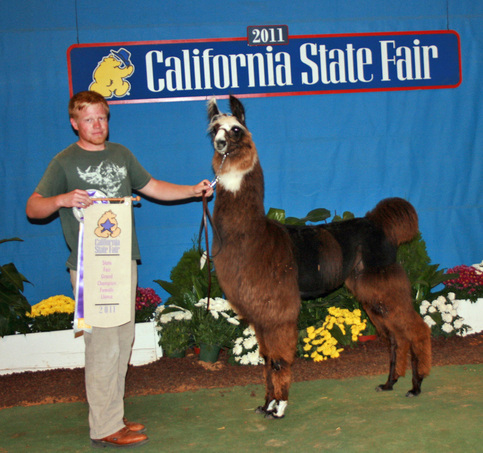 ﻿This girl has the best traits of both her sire and dam. She is already showing great promise and has the presence that her dam is known for. A wonderful combination of English, Peruvian, North American and Canadian lines. Another homerun from one of the top producing females in the world, Bros Normandie! AND she is sweet and smart to boot!

Frisella had an intestinal blockage shortly after weaning and nearly died. We are happy to report that she was saved by Kulshan Vet of Lynden and is happily living with David Armer her new owner! 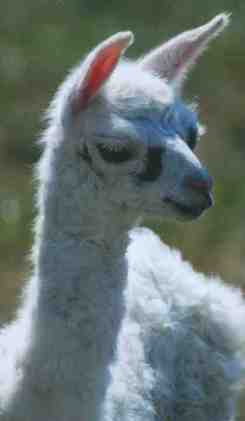 Stella is a classic female by our top pack male Toby and out of our 2008 National Reserve Grand Champion Light Wool, Inca (Spook line) daughter. Legacy has one of the shortest coats on the farm, perfect for packing and grooming. As Legacy was co-owned with Niki's Grandma who passed away in June 2010, we have named this baby after her. Grandma was the GREATEST person in the world, so this girl can't go wrong with a name like this!

Unfortunately, Stella has turned out to be post legged. A trait that is not good in a packer. Rather than selling her to someone that doesn't know this, we sold her as a pet to the right situation. She sold as a non-breeder. Stella just could not be expected to cover the trail miles that most packers need to be able to do. It would not be fair to her or someone that bought her. 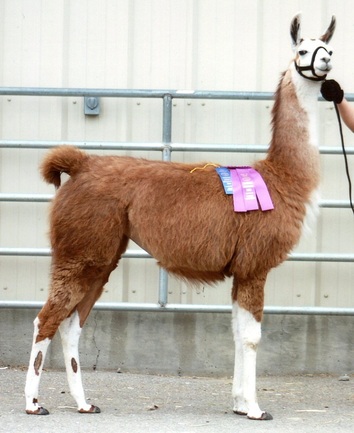 Kalosi gets her name from a rare type of Starbuck's coffee from an area in Indonesia. She is a carbon copy of her dam Rosie. As we are trying to replace some of our older stock, we will be keeping this girl for our own classic herd. Kalosi is a sweetheart and we can't wait to add her to our breeding program!