2018 JNK Llama Babies
It is always a long wait when you are watching for the babies to come. Knowing you carefully matched a sire and dam and what that perfect match potentially will cria't. This result should be the epitome of what you are breeding toward after careful and strategic planning. We continue to be blessed with beautiful animals and wonderful buyers!
JNK Marisco's Rialto (M)
ILR#291905
Marisco x CMF Eagle's Kestrel
DOB 4/10/18
***Congrats to Kaylee Davidson***
Another home run from this pairing that has that attention demanding presence. His older brother "Serenity Park's Ramazon" is a many times show winner (40+ Grands and Reserves) and in our opinion the very essence of what a good/correct llama should look like!  He is also a third generation driving llama on the dam side (both her sire and dam side drove) and is an excellent driver too!

Pretty much every llama in this pedigree drives, wins in the showring and is just an all around AMAZING llama! Many of the full siblings to this cross are around the country in other breeding/showing programs. To top it off, he has gorgeous, pencil locked, high luster fiber!  It is around a 16-17 micron count.

Meaning of the name:  The Rialto Bridge (Italian: Ponte di Rialto; Venetian: Ponte de Rialto) is the oldest of the four bridges spanning the Grand Canal in Venice, Italy. Connecting the sestieri (districts) of San Marco and San Polo, it has been rebuilt several times since its first construction as a pontoon bridge in the 12th century, and is now a significant tourist attraction in the city. 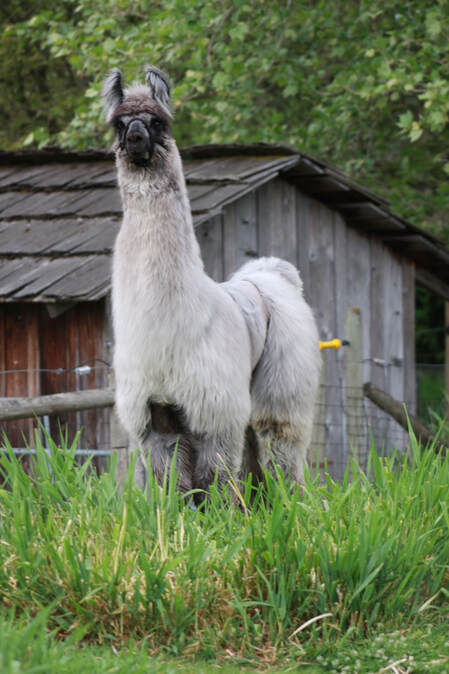 If you could put together a who's who of llamas, this guy has it!  The future is bright for him and his lucky new owner!  Everyone keeps asking if we are keeping him and the answer is NO!  He is from every woolly line we have in our program.  This guy NEVER takes a bad picture, he is always ON!

Sicario is by our senior woolly herdsire Marisco.  Marisco is an ALSA & ILR Halter Champion, many times Best of Show Male and Complex Registered Therapy Llama with Pet Partners (since 2006).  His offspring are all over the country and have won top honors in halter and performance.  In addition, he has had two offspring that are registered for therapy work!  Marisco is a kind soul in and out of the showring.  Most recently, he won Double Best of Show and Western Region Overall Champion Male at age 17.  We are using him to do hospice work and other therapy.

The dam of Sicario is our JNK Huaycool's Rosabella.  Born on our farm, Rosabella is one of our most successful show, performance and therapy llamas we have produced.  She is an ALSA and ILR Halter Champion and ILR Performance Champion.  Until recently, she was a Complex Registered Therapy Llama with Pet Partners as well.  As she has been on maternity leave for two years, we had to let it lapse for now.  Rosabella is one of the sweetest and kindest llamas we own besides Marisco.  Her nickname is "The dog" because of her puppy dog friendly attitude.  Her first two full sibling sons by Marisco both won in halter at their first shows.

Paternal grandsire is the famous *Sipan.  Imported in 1997, he went on to become an ALSA Halter Champion, ALSA Get of Sire ROM and two time ALSA National Champion in halter.  The second time at age sixteen.  Shown and imported by Hinterland Llamas.

​Maternal grandsire is Huaycool (*Huaycho x *Heylee) who was purchased at the Hinterland dispersal in 2010 for use on our Eagle and Marisco daughters.  Huaycool was an ALSA Halter Champion and producer of numerous halter and performance winners.  He also produced several Pet Partners Registered Therapy Llamas and was so gentle a two year old could lead him.

The maternal Grandmother to Sicaro was our very best producing woolly female Bros Normandie.  Normandie (formerly owned by Bauernheim Llamas) created halter and performance champions every time she gave birth.  She also made three Pet Partners Complex Registered Therapy Llamas too!  Normandie was a Legend's Rammas granddaughter, which is the same line that gave us Isle Eagle (the top show llama of all time).  Her sire was an English import named *Union Jack.  Normandie's Produce of Dam and Production Pair (2 offspring from the same dam) entries won nearly every time they were entered.  Her descendants have won top honors in fleece as well.

In summation, this young male has everything he needs to be successful and a proven history of all around llamas.  His lucky new owner not only gets this, but the bonus of his beautiful silver color which comes from several of his ancestors. 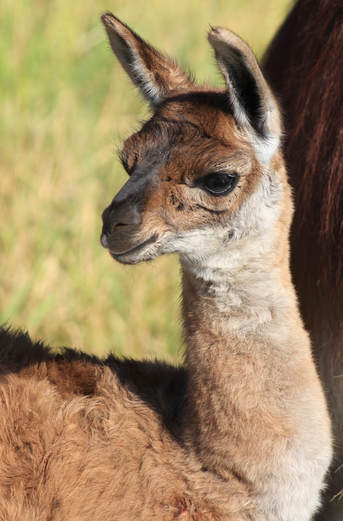 JNK Sulu's Cascara (F)
ILR#292414
CTL Sulu x JNK Tobias's Caldera
DOB 9/6/18
***SOLD Congrats Nicole***
A beautiful female from all of our strongest classic lines.  With the pack market being saturated with the same common overused lines, this young female has so much potential for her genetic contributions.  In addition, her mother, two uncles and two aunts are all registered therapy llamas with Pet Partners.  Cascara's dam and great grandfather are/were accomplished driving llamas.
​
Cascara's dam JNK Tobias's Caldera is a many times performance and halter champion.  She is also the 2011 International Gathering of Friends Reserve Champion Classic Female.  That year she dominated the national top 10 list for performance (PR, Pack & Obstacle).  Dara is an excellent driver and packer as well.  The icing on the cake is the fact that she is a Complex Registered Therapy Llama with Pet Partners as well.

CTL Sulu is one of the kindest and calmest llamas you could ever meet.  As the sire of Cascara, she should have his steady and sweet attitude.  This is one of his very last offspring as he is 20 this year.  Sulu was a very reliable commercial packer in Wyoming prior to coming to our farm.  The size, bone and substance of Sulu has been a nice addition to our current packing stock. We have retained a 2017 son from him as a replacement for our own breeding program.

Grandsire Anders Tobias was the first of our classic breeding program.  We acquired Toby as a finished packer that had already achieved Master Packer status with PLTA.  Toby was also used for hunting and extensive pack trips.  There is no other llama with the work ethic, stamina, athleticism and structure in the packing world.  We walked Toby into the showring for the first time at age 12.  That day he walked out with two Grand Champions and this was in the day when the classes had much woollier animals mixed with classics.  Over the years we continued to show Toby and earned many grands in halter and performance with him and eventually he got his ALSA Halter Championship.  He is the ONLY classic male that is an ALSA Halter Champion and PLTA Master Packer.  At age 24 now, Toby is still active, sound and breeding!  A testament to his genetics and overall strength.  We have retained three daughters and a son of his for use in our program.  Four offspring are registered therapy llamas with Pet Partners and a granddaughter is now registered as well.  Two offspring are driving in cart and there are many many packers sired by Toby.

Rocky Mountain Sunshine was the first of our classic females we added to breed to Toby.  Her overall structure and solid movement made her a great match with Toby. We kept three of her offspring in our herd.  All of them are Complex Registered Therapy Llamas with Pet Partners.  They are also being used for showing, packing and breeding in our program.  JNK Cayetano (by MPL Sky Rocket) is our main classic herdsire now and has 23 grand champions in halter.  Sunshine was the 2009 NW Regional Highpoint Classic Female and won many champions while we showed her.  Her offspring are among some of our very favorites we own and work with.  Sunshine's sire Rocky Mountain Jester was one of the very first all around llamas that drove, packed and was shown.  She originally came from the Rocky Mountain herd owned by the famed Bobra Goldsmith.

The 2017 full sibling to Cascara now resides in GA.  Whomever the lucky new owner of this girl is, will have a great time using her for all the things she is easily capable of doing!

Update:  Cascara has passed and is registered with Pet Partners!

cas·car·a   kaˈskerə/   noun - a purgative made from the dried bark of an American buckthorn.  The tree from which cascara is obtained, native to the Pacific Northwest.