2011 JNK Llama Babies
​
It is always a long wait when you are watching for the babies to come. Knowing you carefully matched a sire and dam and what that perfect match potentially will cria't. This result should be the epitome of what you are breeding toward after careful and strategic planning. We continue to be blessed with beautiful animals and wonderful buyers! 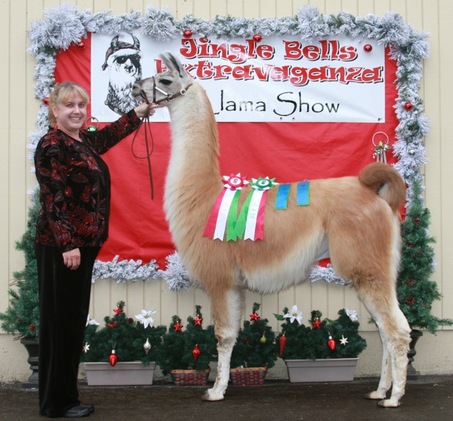 We sent Sunshine to in the Spring of 2010 so she could be bred to the Master Packer classic male Sky Rocket. Within a month after we had Sunshine bred, Rocky died in an accident. We were thrilled we had made the decision to send her down and not waited yet another year. Our hope had been that Sunshine would throw a male with Sky Rocket and we would have an outcross male then to use in our program. WE GOT A BOY!

Naming is always hard here as we have to find one we like and that pertains somehow to the mountains and hiking. After over a month, David Armer a good friend of ours suggested the name Cayetano. He is named after the 17th century Spanish explorer of Mount Baker's Sherman Crater "Valdés Cayetano." For More information click ﻿HERE﻿. 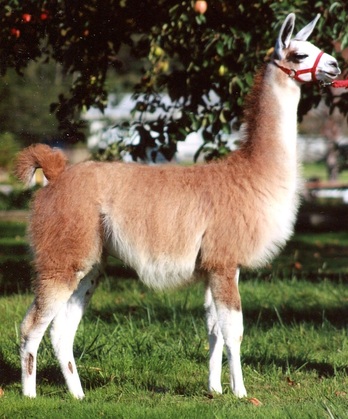 Aasgard is a combination of Ranger Dusty, MPL Anders Tobias and some other packing greats. This male should be a packing machine based on his lineage. He also has a nice short classic coat.

Everyone has called these last few years looking for a great male for packing. Our good friend Lisi bought "The Canadian's Miracle" (The Canadian x Aster) a few years ago and is thrilled with him. Based on his abilities as an exceptional packer and driving llama, she has been on our waiting list for over two years waiting for another male out of our program. Unfortunately, we had all girls with our classic program in 2010 (something most breeders would be thrilled with). 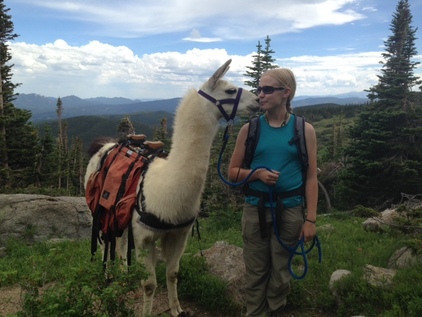 A very sweet and short coated classic boy, this male is destined to be a lot of fun to work with. Sire and dam come from a long line of packing greats and both were heavy hitters in the showring. This boy is bred for greatness! 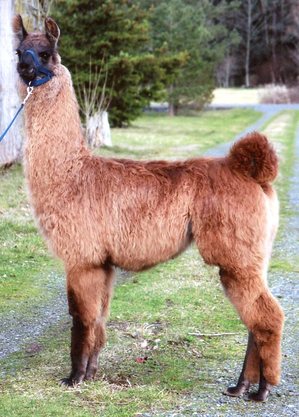 Another fabulous baby by our top producing Bros Normandie and our outcross full Peruvian male Huaycool. This is the third female in a row and it is exactly what we had hoped for. She has nice balance, substance, fiber and conformation. We said we were going to keep the last two, but sold them after urging from friends. This time, we are KEEPING this one! Can't wait to hit the showring with her. Bella's full sister already has 3 Best of Shows under her belt.

The best part about Bella is her sweet and kind disposition. She is a sweetheart!

UPDATE: In one show season, Bella has consistently won and finished all six of her ILR SD and UAP titles. 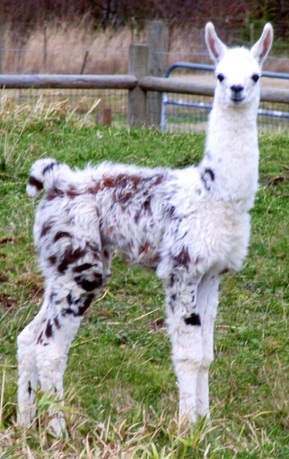 ﻿Toby﻿ and Rosie threw an appy. We were hoping for a male from this pairing, but to get one with spots was quite a shock. Donard's full sister is marked just like Rosie! Our very first appy on the farm from our own breeding pairing. Our friend Heather's husband is from Ireland and his mother hikes up up Slieve Donard Mountain. When Marty suggested this name, we said YES!

Slieve Donard (pronounced sleev-DON-erd, from Irish: Sliabh Dónairt, meaning "Dónairt's mountain") is a 850 m (2,789 ft) mountain in County Down, Northern Ireland. It is part of the Mourne Mountains and the highest peak in Northern Ireland and in the wider province of Ulster. It is the 19th highest peak on the island of Ireland. Slieve Donard sits near the town of Newcastle on the eastern coast of County Down, only 2 miles (3 km) from the Irish Sea.

When Janet Franklin came to us and decided to get back into packing, we couldn't hold back one of our finest from this opportunity. Congrats Janet, he was a keeper here!