All About Llama
Fiber or Llama Fleece 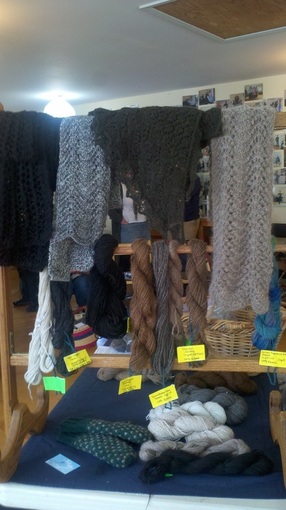 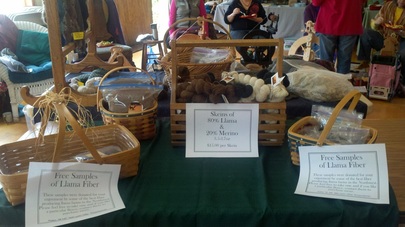 A good huacaya alpaca fleece is very dense, has high luster and possesses consistent and organized crimp throughout the fleece.  A suri alpaca fleece should be uniform in micron count throughout the fleece, high luster and healthy.   Negatives of both types would be lack of luster, absence of crimp (huacaya only) or damage affecting the quality of the fleece.  Both should have minimal debris and length of 3-6 inches.

A good double coat or single coat with crimp llama fleece will be high luster, possess loft and be consistent in crinkle (like crimp, but less organized) throughout the prime fleece.  A single coat or suri coat (without crimp) llama fleece should be healthy appearing with consistent fiber (19 or less micron count) throughout the whole prime fleece.  It should be lustrous, possess minimal debris and be absent of crinkle or crimp.  It should be noted that crimp is an alpaca trait and few if any llamas possess this in their fleeces.  Llamas have less organization within the fleece called “crinkle.”

There are good and bad fleeces in both animals.  The diameter of the individual hair follicle contributes to the hand and end use of the fleece.  Higher diameter follicles will make a very rough feeling product and should be used for garments not close to the skin, felting projects, wall hangings and rugs. Generally, the finer the quality of the fleece, the better the hand of the finished product.  Finer fibers such as single coats and suri make lovely lace projects.

The best part about llama fleece is that a well skirted and clean fleece should yield little to no loss in processing.  A clean fleece may be spun right out of the bag.  When you factor the purchase price of a bump of high quality llama fleece ($5-8 an ounce), it is actually cheaper as you do not have to pay and lose fleece in the processing cost and you only have the initial purchase price.  Llama also blends well with some of the higher end sheep fleeces like CVM Romeldale, Merino and other finer sheep breeds.  Goat fiber can easily be blended with llama also.

Llamas are bred for many different uses. The current northwest fleece llama breeders have some of the nicest llama fleeces in the country. The northwest has dominated fleece competitions nationally.  Unfortunately, in local markets, most spinners have been exposed to llama fleece that is less than marketable.  Packer style llamas have a copious amount of guard fiber that makes them pretty undesirable as fiber animals.  Many local farms have crossed these with heavier fibered animals, resulting in a very course, inconsistent and undesirable fleece.  Unfortunately, this is what most spinners and weavers have been exposed to.

Some people that are allergic to animal hair or fiber, can tolerate some types of llama fleece.  Llama fleece is versatile and can be used for many different types of projects.  A good llama fleece with ample production will cost $50-100 and is well worth it.  The cleanliness is one of the most

important factors for spinners.  Our farm processes our fleeces by brushing out the llama (removing all debris), bathing the animal and letting them dry overnight.  The next day we shear the prime fleece with minimal second cuts and carefully skirt it into the bag.  The end result is a “ready to go” spinable fleece.