This image is Copyrighted Kaylee Davidson Art & JNK Llama Farm.
My Kinda Ritz and Glitz
aka
"​Monte the Mini" 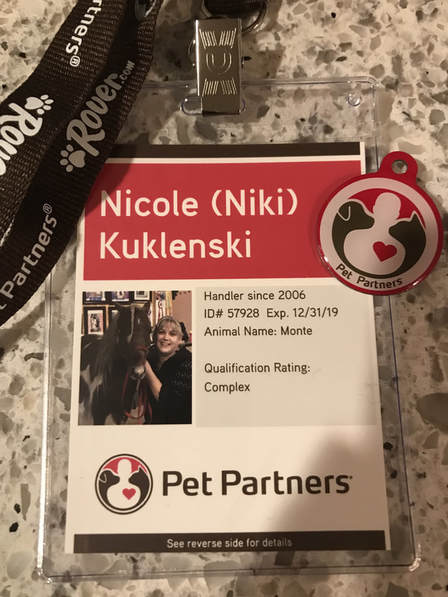 I was an avid horse fan all through my early life. As I grew older I transitioned to llamas and that part of my life was in the past. When Eagle was still alive, I mentioned that when he was gone I would start driving horses again.

In 2010 Eagle passed away and later in a casual conversation to a horse friend, I asked her to keep an eye out for a nice driving horse for me. In the Fall of 2016 I purchased a Hackney/Shetland road pony that did not work out. At that point I decided I wanted something I could do therapy work with and drive. On visits with the llamas, people mention their previous life experiences with horses. Having a horse that could do visits and drive, seemed like a great idea!

My search landed on an ad for a miniature horse who had been shown, driven and used by a 6 year old girl. Monte was only 5 years old and had been significantly trained. I contacted them and made arrangements to meet him. The rest is history!

Monte is a Complex registered Pet Partners therapy horse. His very first evaluation he received a perfect score as did his renewal two years later! He is a perfect gem of a mini horse. Not only is he good about his potty habits, but he never nips or kicks. As a bonus, he genuinely loves spending time with kids. He is truly a gentle soul. Everyone that meets him loves him!  Monte is also registered for crisis response with Pet Partners.

Monte is currently visiting elder care facilities and is doing a lot of hospice work.  He is an angel with hooves!